Paul DeRolf on the underappreciated fishes of the Midwest 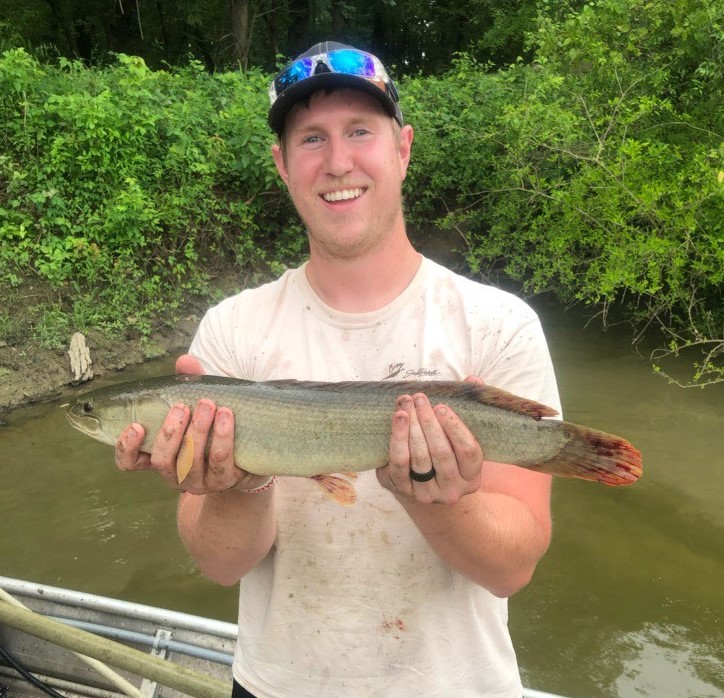 Paul DeRolf has been an active member of AFS since 2014. He has served as the President of the Ball State University's (BSU) Student Subunit of AFS for the past year and is an active member of the Indiana Chapter and the North Central Division. In addition, he is in the early stages of launching a new NCD technical committee to highlight ‘underappreciated fishes’ like gar, bowfin, and sturgeon. Paul enjoys searching for and photographing the underappreciated stream fish species of the Midwest. He wishes to share with others the beauty that lies beneath our overlooked stream systems.

Currently, Paul is a second-year graduate student earning his Master's degree in Biology at BSU. His thesis project utilizes a long-term fish community data set collected over 32 years by the biologists at the Muncie Sanitary District (MSD). His project hopes to capture any changes in the fish community of Buck Creek, a tributary to the White River.

The MSD was formed in 1968 to improve the quality of life in the community by using sustainable practices and by balancing the use of environmental, social, and economic resources. Part of achieving this goal has included annual fish and macroinvertebrate community assessments of the White River and its tributaries since 1972 - the same year the Clean Water Act was passed in the United States. This long-term data offers a unique perspective on the changes that have occurred in a Midwestern stream since implementing such important environmental legislation. Paul has observed a shift in the fish community structure, with a strong presence of pollution-tolerant species in the early years and a shift toward more pollution intolerant species in recent years. He has also observed a cooling trend in the mean annual water temperature of Buck Creek, possibly attributed to an increase in marginal habitat shading along the stream bed.

Paul is graduating this year with the long-term goal of becoming a professor of fisheries. He wishes to continue educating people on our “wonderful and wild world”. You can catch him posting his fish photography on the North American Native Fishes Association (NANFA) Facebook group and networking at AFS conferences.